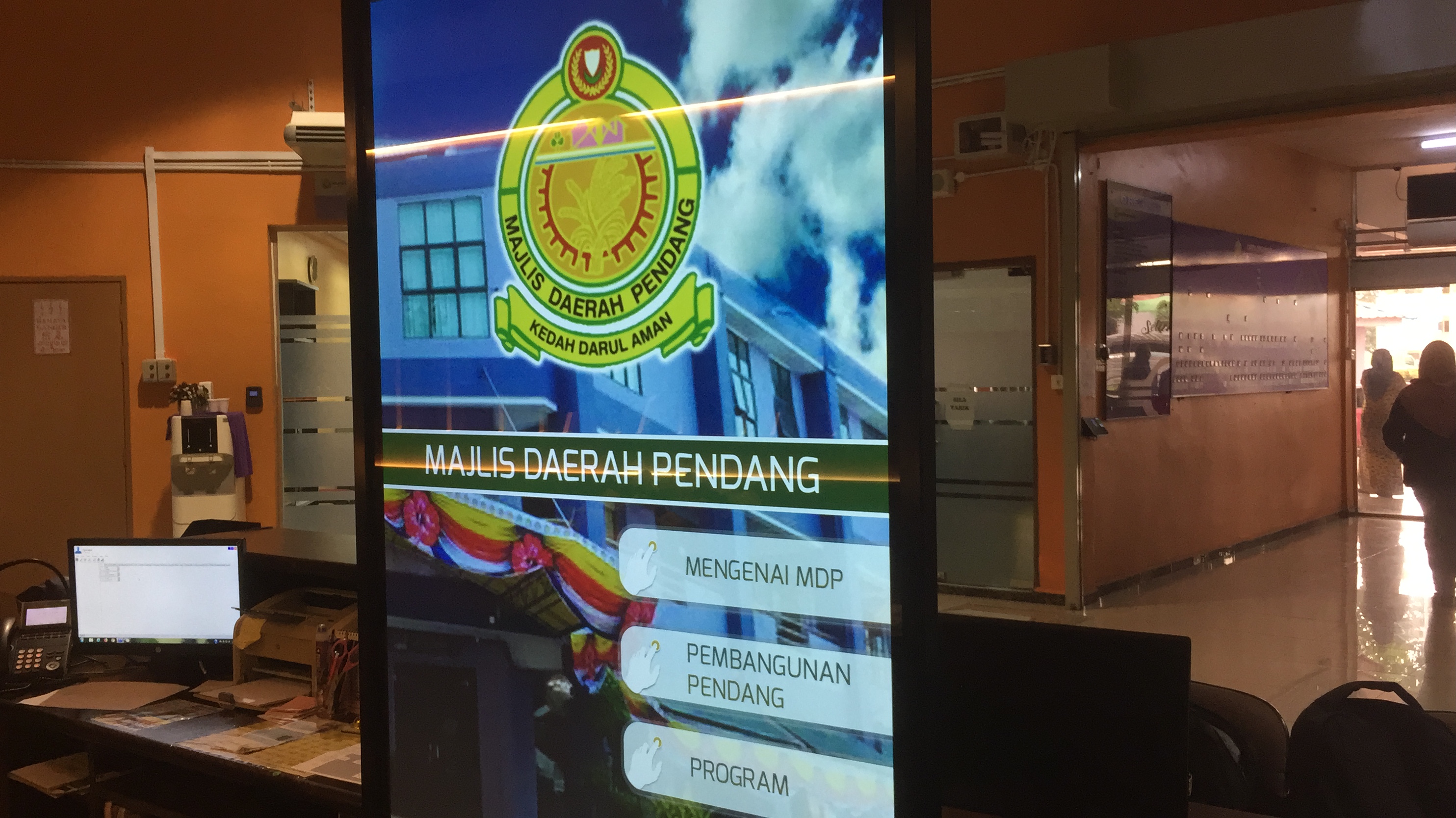 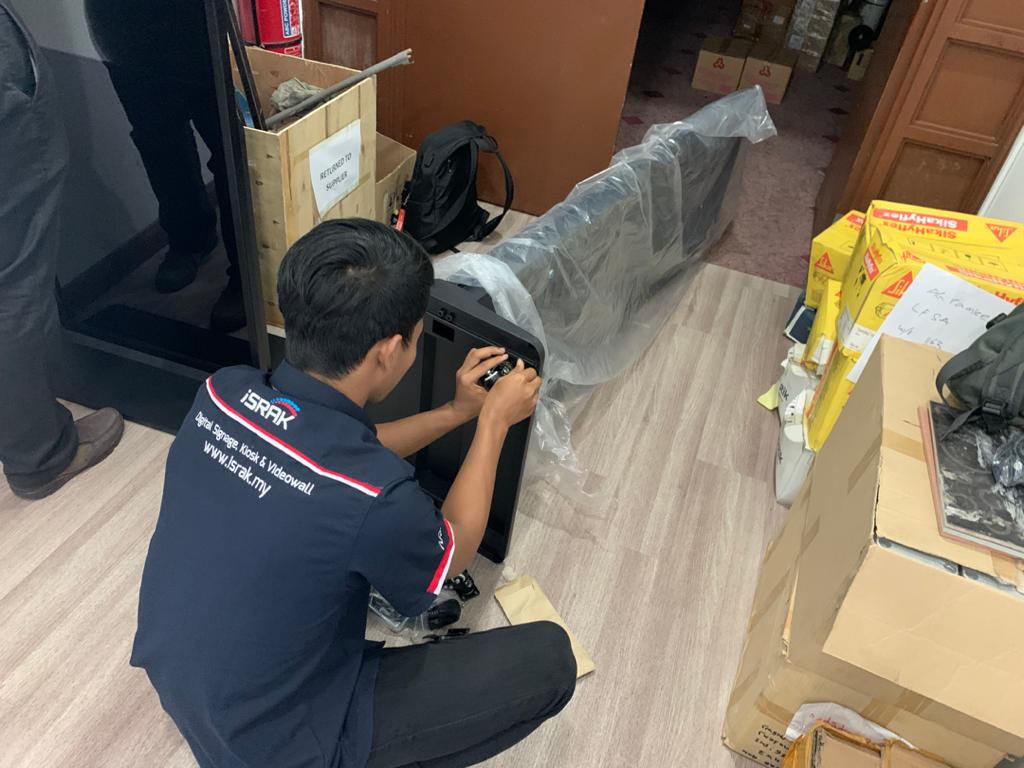 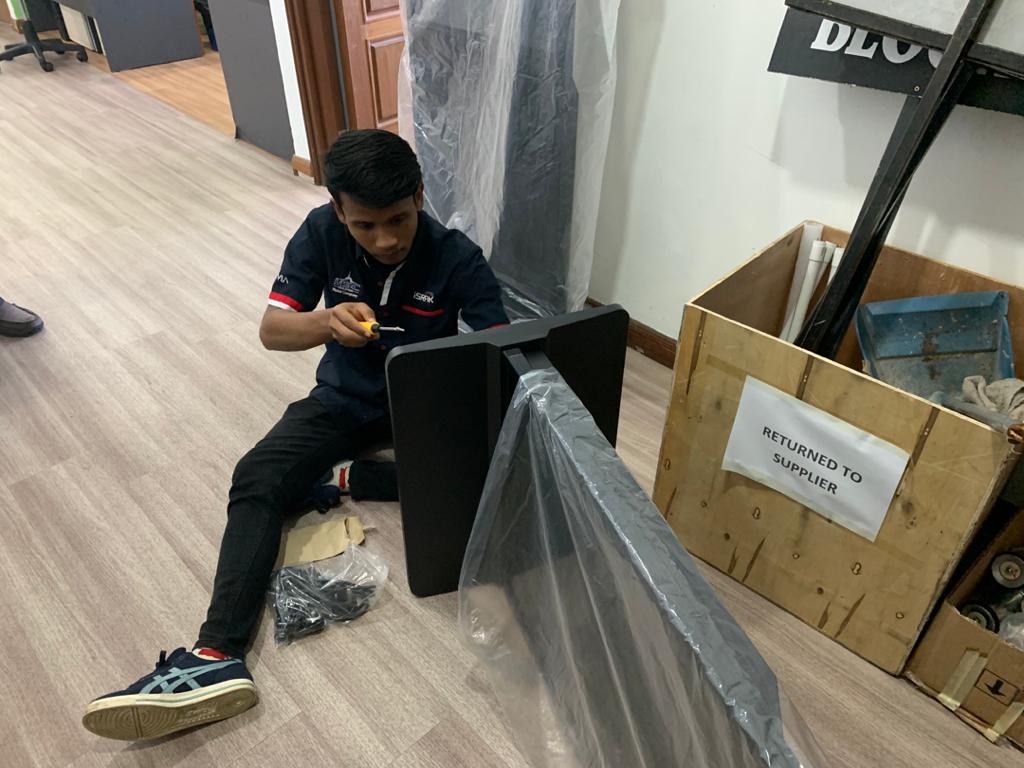 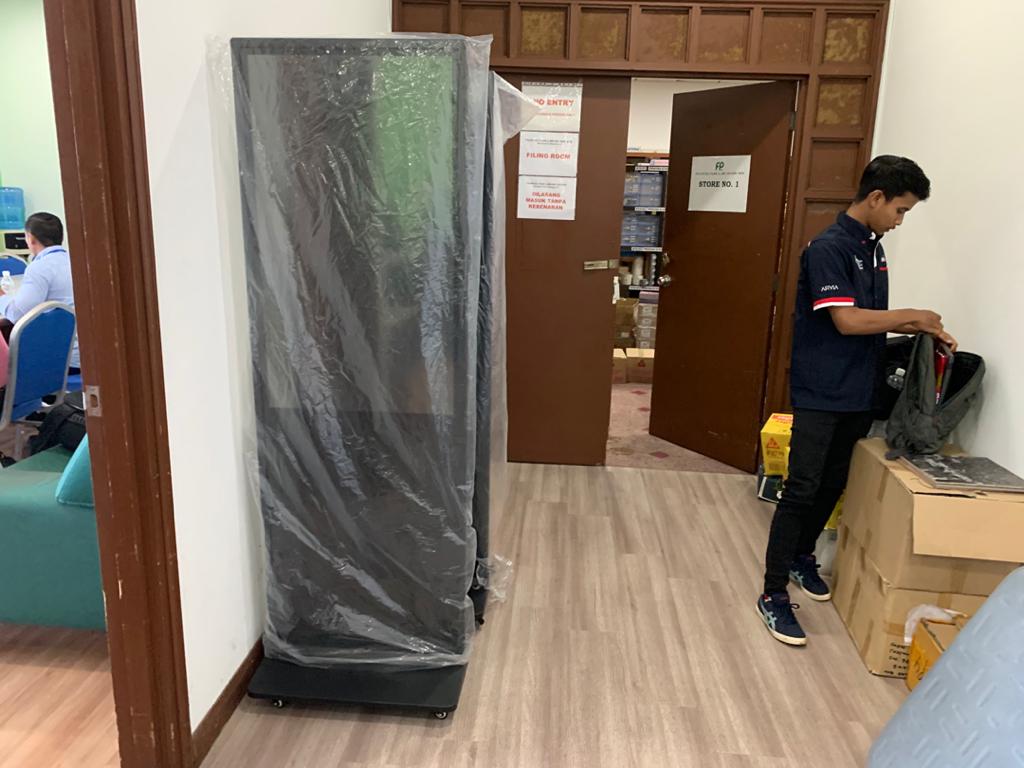 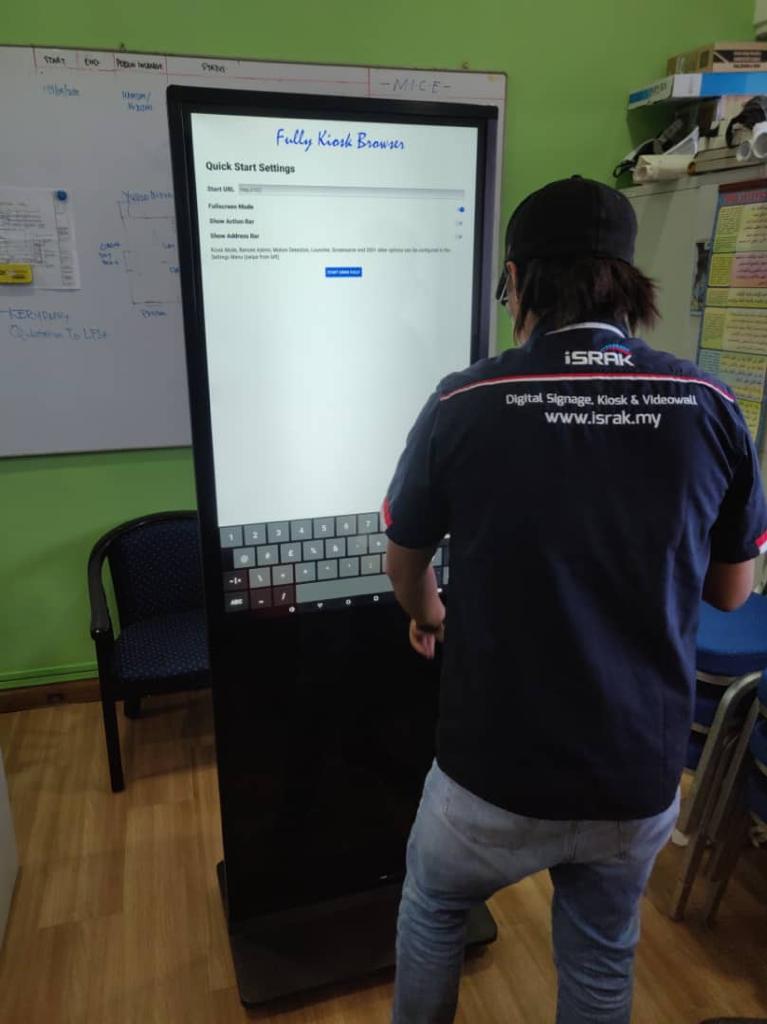 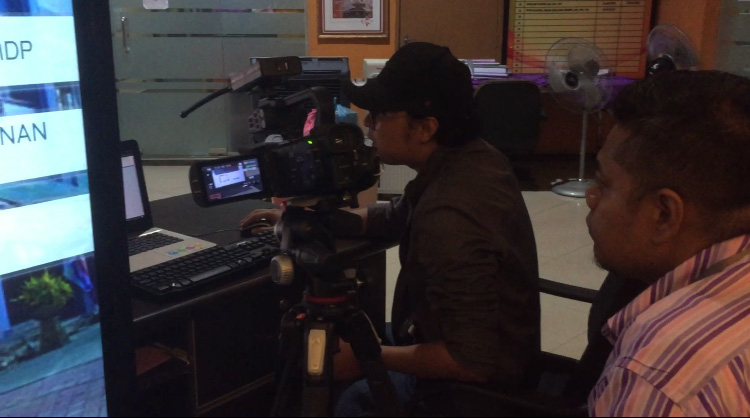 Israk is proud to be appointed as a supplier of 1 units Interactive Floor Standees for Majlis Daerah Pendang, Kedah. It's a 55" touchscreen floor-standing monitor with Infrared 10points touch technology. The interactive kiosk is install with cloud-based digital signage and touch screen training is provided for the internal staff from the various department involved.

Our Floor Standing Touch Screen Kiosk (Vertical) provides both high quality commercial display and a luxurious housing come with tempered glass. The Floor Stand Multi-Touch Screen standalone product can also be used as Digital Signage. Brightness levels up to 700 nits, 10,000:1 dynamic contrast and Full HD 1080p.  It increases legibility and makes sure that it can be placed in even the brightest environments. A powerful integrated PC is used to provide LAN/WAN control of multiple displays, a Proprietary Digital Signage Program can also be used to allow you to access web-based server from any location.

MDP was previously known as Pendang town body and the administration was under the Kota Setar's jurisdiction. However, by January 1st, 1976, Pendang manage to separate from Kota Setar to form their own body that covers Pendang, Bukit jenun and Tokai town with an area of 6.825 km2.

Starting from March 1st, 1979 the Pendang town body was known as Pendang local authority's district council. An area of 629.29 km2 was under its jurisdiction.